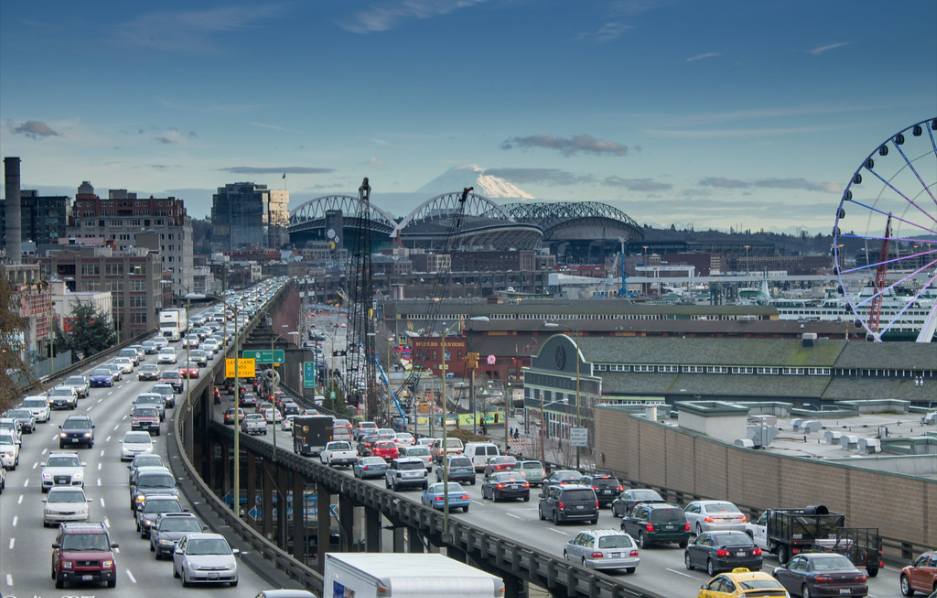 April 21: For unknown reasons, an eastbound Dodge Dakota pickup truck on SW Roxbury in Seattle drifted across the centerline and struck a westbound VW Jetta head-on. The two men in the Jetta were trapped and had to be extricated by Seattle Fire. The woman driving the truck suffered facial injuries. All three people were hospitalized.

Fortunately, no one died. Unfortunately, accidents like this are all too common in the Seattle area.

According to the 2019 Allstate Best Drivers Report, Seattle drivers are among the worst in the nation, ranking 155 out of the 200 largest cities in the U.S. To its credit, Seattle improved from its 179 ranking in 2018. Allstate did not conduct its annual best-drivers surveys in 2020 and 2021. (As a personal injury attorney, I can attest that major auto insurance companies aren't always correct; but in this case, Allstate's report, and Seattle's poor ranking, are probably accurate!).

While it's tempting to blame Seattle rain for traffic accidents, the truth is that – rain or shine – it's bad driving, not bad weather, that causes most accidents, according to a report from KOMO News.

“We're bad drivers in general, and in the rain, things get a lot worse quicker,” according to Joe Giammona, CEO of The Driver Training Group and chairman of Global Driving Solutions in Issaquah, Washington.

As could reasonably be expected, the number of traffic accidents decreased in 2020 and 2021, with fewer drivers on the road because of the pandemic restrictions. What we didn't expect was the precipitous increase in serious injury and fatal accidents.

Citing statistics from the Washington State Department of Transportation (WSDOT), The Seattle Times reported 2020 was the deadliest year in Washington since 2006—and 2021 was even worse, with 540 fatal crashes claiming 600 victims.

The Times further reported that Seattle recorded 31 automobile-related fatalities in 2021, the worst since 2006. According to the Seattle Department of Transportation, 19 of the 31 fatality victims were pedestrians, almost half of whom were hit-and-run victims.

Be Safe Out There

The WSDOT wet-weather driving tips include:

Through no fault of your own, you may be injured in a traffic collision. Don't depend on the other driver's insurance company to do right by you. Don't sign off on an insurance company's offer until you've consulted an attorney.

As a veteran injury attorney in the greater Seattle area, my motivation is to get you the fair and just compensation you deserve. Call the Law Offices of Paul L. Schneiderman at 206-464-1952 for a free consultation.