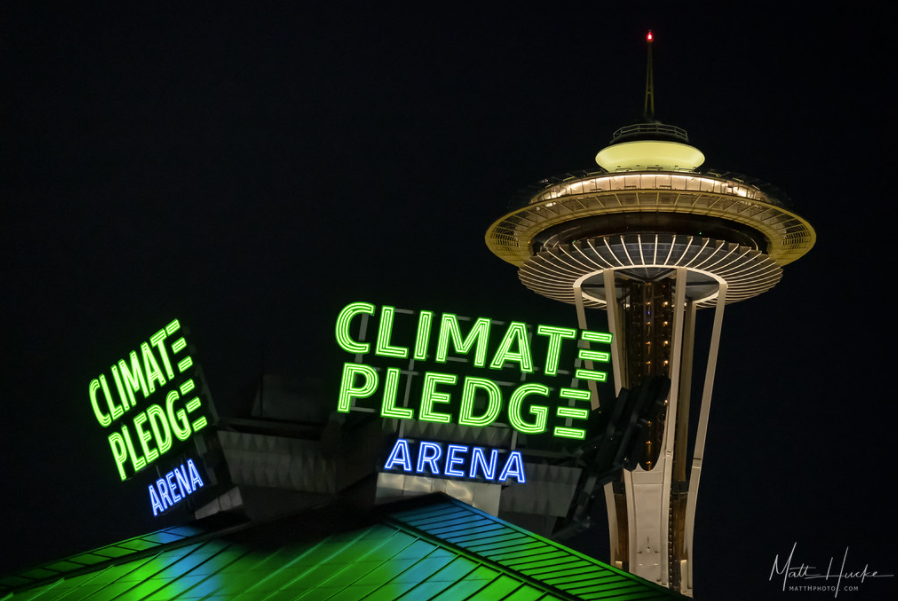 In October 2021, the newly-formed Seattle Kraken hockey team made their official debut at the new Climate Pledge Arena, playing their first-ever home game against the Vancouver Canucks. For hockey fans, despite the Kraken's loss, it was an unforgettable moment in history marked by retiring the number 32 (in honor of the Kraken being the NHL's 32nd team) and Heart's Ann Wilson belting out the National Anthem.

The forming of the Kraken comes at the end of a long campaign to convince investors and Seattle city leaders that a hockey team in Seattle was not only needed but also financially viable. The building of Climate Pledge Arena is a wonder in itself. A massive renovation of the historic complex bearing such names as Seattle Center Coliseum and KeyArena (former home to the Seattle SuperSonics), the Climate Pledge Arena now holds the distinction of being the first net-zero-carbon certified arena in the world. The arena will also serve as home to the Seattle Storm and the Seattle University Redhawks men's basketball team. The hope of Seattle basketball fans is that the new arena will soon host the return of the NBA's Seattle Supersonics.

The opening of Climate Pledge Arena carries special emotional significance for me, not just as a sports fan, but also because I played an indirect role in its history. During the Sonics' relocation battle between 2006-2008, I served as a legal advisor for Save Our Sonics and Storm, an organization formed to keep these sports teams in Seattle. The Sonics ultimately moved to Oklahoma City and became the Thunder, but the Storm ended up staying. To see them now at their new home at Climate Pledge Arena gives me a personal sense of satisfaction; but like many fans, we are anxious for the return of the Seattle Supersonics.

These three endeavors—the saving of the Storm, bringing a new hockey expansion to Seattle, and rebuilding an arena to house them—all took a great deal of patience and “moxie” to get accomplished. It's a testament to the fact that good things come not just to those who wait but to those who are persistent. The ultimate payoff will be realized when the arena can host the NBA's Seattle Supersonics.

The same is true for many of my personal injury clients. Sometimes, insurance companies drag their feet, dispute evidence, or otherwise create delays in paying damages; but when we are persistent in our negotiations and apply legal pressure, we are ultimately able to help our clients recover the settlement amounts they need and deserve.

If you've been injured in an accident where someone else was at fault, the sooner you get an experienced attorney involved, the sooner you can receive a fair settlement. Give my office a call at (206) 464-1952, and let's set up an appointment to talk.

I offer a free consultation and I'll gladly discuss your case with you at your convenience. Contact me today to schedule an appointment.